Event Planning, Making Movies Or How to Learn From My Mistakes

I worked in the movie business for a few years on such films as Jerry Maguire, Dante’s Peak, Hollow Man, Twister, American Pie, Congo, and Starship Troopers to name a few. I started out as a production assistant for a company that created and produced the computer graphics on the storm chasers computer screens in the movie Twister.

After a few years of incredible experiences, horribly long hours, no vacations and unimaginable stress I decided I needed to do something a little different for a while and moved on to other things.

Then a couple of years ago I decided I was tired of working for someone else and thought if I was going to have to work long hours I might as well work for myself. Although I loved my time in the film business it wasn’t something I was dying to do again and I wanted to have my own little company so I thought about what kind of work could I do with my particular skill set.

And then I got what I thought was a brilliant idea… why not start an event planning company. Making a movie I reasoned is about being creative, having the ability to handle details and knowing how to please everyone and all at the same time. I had planned production meetings which included directors, DP’s (Director of Principal Photography), planned and produced company wrap parties, managed big budgets and had played a creative and technical role in film set design. It seemed to me at the time that planning and producing events would use many of the same skills I had acquired working in the film business.

So how hard could it be I thought to start an event planning business. I thought I’ll just throw up a website and I’d be ready for those first client calls. I can now say and with all honesty I had no idea what I had just got myself into.pozeraťseriály online

What had originally seemed like a brilliant ideal, that of owning my own event planning company, slowly turned into a kind of nightmare. I found trying to break into the event planning business was like being in a line with a thousand other actors all trying to get a break. I kept telling myself all I needed was a couple of small parts in even a “B” type of event to get my name out there and then I’d start to get those big parts that paid enormous amounts of money and get my name in lights. Well, maybe not my company name in lights but maybe a lot of cash. But the reality was that there was a long line of people in front of me wanting the same thing I wanted and I was at the very bottom of a very very long list.

I soon realized that although I had a lot of business skills that would help me in starting an event planning company I also realized there were things I didn’t know enough about. And one thing I knew almost nothing about was how to sell my company services using my website as a marketing tool.

Reality dawned and I realized that if clients couldn’t find my company website I’d never be getting those calls that I was so anxiously waiting by the phone for.

raise 안전토토 . Typically the gambling system enables you to win several games. In this particular particular program, a person {...}

Rookie gamblers may find performing on line online casino matches even more worthwhile compared with performing on a get established {...} 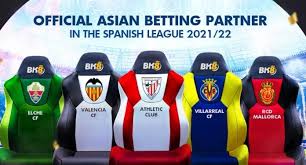